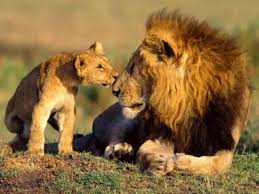 Some of the well-known wildlife spots that are located very close to Ahmedabad have been detailed below:

Kamla Nehru Zoological Garden is located just beside the Kankaria Lake and this garden is very famous for its abiding population of albino animals. The garden accommodates a large number of mammals, birds and reptiles and people, who visit this garden along with their children, go through a captivating experience.
The garden also equips a museum on natural history that contains stuffed birds and miniatures of scenes that depict wildlife. The most significant among the stuffed birds present at the museum is a pair of Great Indian Bustards that are very rare. One is sure to get amazed and amused by the enthralling variety of animals available at the Kamla Nehru Zoological Garden.

Rich bird habitat that is found at the Thol Wildlife Sanctuary includes both migratory as well as native birds. There are many winter birds such as flamingos, waterfowls, mallards, great white pelicans, Sarus Cranes and Geese found at the sanctuary. The best time that can be used for visiting the Thol Wildlife Sanctuary is between the months of November and February.

Nal Sarovar is another bird sanctuary that s located very close to Ahmedabad and it also serves as an outstanding maritime park. Migratory birds from Siberia are the most wonderful sights of this bird sanctuary and it is visited by thousands of people all round the year.