Who's Who in Ahmedabad

Ahmedabad is the seventh largest city located in India. This being the former capital of Gujarat, it is the most populous city which is further sub-divided into a number of talukas. The talukas are as follows Ahmedabad, Sanand, Daskroi, Dholka, Bavla, Viramgam, Rampura, Mandal, Detroj, Bopal, Dhandhuka. As Ahmedabad is not the capital city of Gujarat it doesn’t have all the major operating government bodies established here. Though it works as a chief operating city of the state, it has its own system to run it. 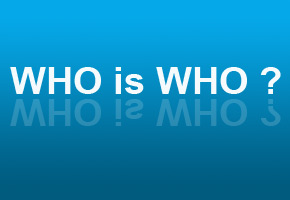 Some of the important government officials of Gujarat are residing in Ahmedabad city. Here's the contact information about them along with their respective names and designations:

Other than these few government officials residing in Ahmedabad, it also has a list of people belonging to various backgrounds who are basically based in this region. These eminent people have their name inscribed in different fields of professionalism and are a common name to every individual.

A renowned author, speaker and columnist usually known to be the awareness among the youth culture of our society resides in this city.

The former president of India is believed to be from this city. His books are an inspiration to every human being. He being an Indian scientist served this country being the 11th President of India

She is a healthcare consultant and the founder of Medico-Media. Medico-Media is regarded as India’s one of the most developed healthcare company.
The chairman of India’s largest IT Company, Infosys Ltd too has his connection from this loved city.