We often hear stories of how people took years to cross over from one continent to another on foot and are astonished as to how they managed such a feat. We being born in the jet age have been subjected to all different kinds of transport. We like some, we hate some, but in some cases but we have no other option then traveling in that mode of transport which we do not like. This is why transport is the most important aspect of moving from one place to another and hence saves a lot of our time. A huge city like Ahmedabad is impossible to cover in terms of its length and breadth without a proper mode of transport. There are different kinds of transport services available in Ahmedabad.

Ahmedabad has various kinds of transport services that keep the city connected from one part to another. There are rickshaws, buses, as well as taxis that are used in the city. There are private buses as well as buses run by the state transport department.

One of the major components of the Public transport in Ahmedabad is the Bus Rapid Transit System (BRTS) Corridor which has ensured rapid movement of the people from one place to another as well as provisions of bus services at a higher frequency. This was a brain child of the Ahmedabad Municipal Corporation and the Gujarat State Government. The 50 buses under its fleet are under the Ahmedabad Municipal Transport Service (AMTS), which also runs Public bus services which are not a part of the BRTS. 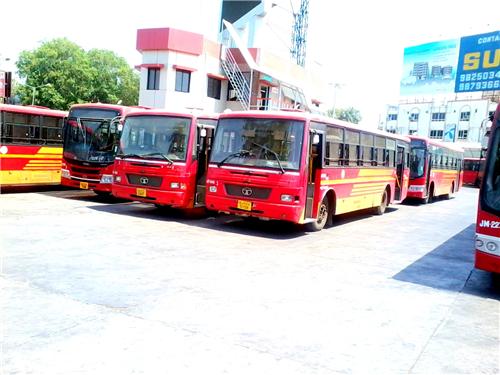 Ahmedabad is well connected by bus services within its territory as well as to all over the country. The bus services provided by the BRTS and the AMTS are a part of the state transport service that runs to different parts of the city. There are also private bus operators that provide their services to various parts of the country and their buses ply to cities like Hyderabad, Mount Abu, Delhi, Nasik and other cities along with cities like Surat, Rajkot and Baroda within the state itself.

The Buses and their Routes

The BRTS corridor has been a revelation for the citizens of Ahmedabad as it already operates on 12 routes and almost 10 more are under construction. The routes on which it currently operates on are:

The G-Auto service has recently been started in Ahmedabad. It works on the concept of Any Time Rickshaw (ATR) service, through which it provides auto-rickshaws right at your door step, round the clock. The service is meant especially for women, children, senior citizens, handicaps and tourists.

To Avail the Service: 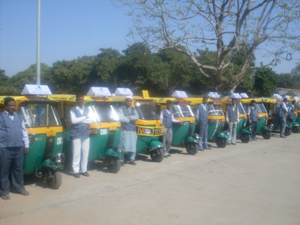 Packing, moving, or just travel, transporters are needed for fulfilling any of these purposes. A list of transporters in the city of Ahmedabad may ease your search for a transporter;

Having to get a license made is not an easy job. But the RTO officials are meant to simplify this purpose of yours. The RTO office is in operation from Monday to Saturday from 10:30 AM to 6 PM. 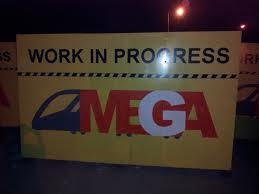 Apart from the road transport services available in Ahmedabad, the city is gearing up to travel in Metro rails, coming up through the Metro-Link Express for Gandhinagar and Ahmedabad (MEGA) project, which is a Government of Gujarat undertaking. The project was initiated in 2003, got started in 2008 and is expected to make another important means of transport operational.