The city of Ahmedabad is very popular for the diversified culture and the rich heritage that it possesses. The people of the city are also found to be very passionate about celebrating different kinds of festivals all throughout the year. During the times of festivities, it is commonly found that the entire city gets very excited and it is only because of this excitement that all the festivals are celebrated with great zeal and zest in Ahmedabad.
Apart from the festivals that the people of Ahmedabad are fond of, it is also found that Ahmedabadis are even fond of various kinds of food. The special cuisine of the city of Ahmedabad includes luscious and lip-smacking dishes that tempt an individual and it is only because of this reason that the cafes and the restaurants of Ahmedabad are always found to be crowded.

The special meal of the people of Ahmedabad consists of bread, rice, vegetable curry and roti, salads, pulses, sweets and appetizers. The vegetable curry is called ‘Shaak’. 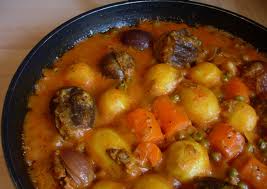 There are several varieties of breads that are served during meal like thepla, roti, puri, maal purah, puran-pohli and bhakhri. Khakhra and Ghari are the dishes that are used by the people of Ahmedabad for the purpose of snacking. The people who live in Ahmedabad indulge in cooking their food in Gujarati style and this style is considered to be very delicious. Ahmedabadis make maximum use of ghee in the preparation of their meals. 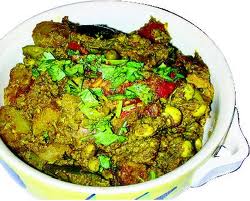 Some of the popular and the most relishing Ahmedabadi dishes are Chevdoh, Dal-Dhokli, Undhiyu, Dhokla, Bhusu, Khaman, Dhokli, Fafda, Sev Mamra and Papdi. All meals in Ahmedabad are found accompanied with a special dessert. The special cuisine of Ahmedabad is an assimilation of different flavors. The food that is found in the city of Ahmedabad is so very yummy and lip-smacking that it forces people to fall in love with the food.

Ahmedabad is a city that is also famous for the possession of ice-creams as the city accommodates a large number of dairy farms. The people of Ahmedabad are also found to be very fond of sweets. Tea and buttermilk are the common beverages taken by the people of Ahmedabad while the sweets that they usually take are mango, laddoo and vedhmi. There are a large number of restaurants located in the city of Ahmedabad that serve vegetarian and non-vegetarian food that are both Indian and International.

The most important places of relishing some Ahmedabadi dishes are Khan Pan Bazaar at Manek Chowk and Khau Gali at Law Garden. These are the places that are basically famous for their roadside stalls. The stalls that are found in Ahmedabad usually deal in selling Paani-Puri, Indian-Chinese, North Indian, Indian Chat and Indian Sandwiches. Some of the popular restaurants in Ahmedabad that have played an important role in popularizing Ahmedabadi cuisine are Laxmivilas, Chetna and Chandravilas.
The special cuisine of Ahmedabad is popular throughout the world and even the people from other states and countries love to relish the special dishes that are found in the city of Ahmedabad.

Special cuisine of Ahmedabad is generally vegetarian because of the religious belief of the people who are Jains.

Explore more about Food in Ahmedabad