Sanand is considered as the industrial city of Ahmedabad in Gujarat and is mainly popular as Gujarat’s automobile hub. Sanand is the satellite town which was majorly ruled by Vaghelas.
The palace built by the Vaghelas in the past is still present in Sanand and is equipped by the royal family. This place is also related to the Pandavas. Arjuna felt immense pleasure by resting in a place near Godhavi which came to be known as Sanand meaning with pleasure. 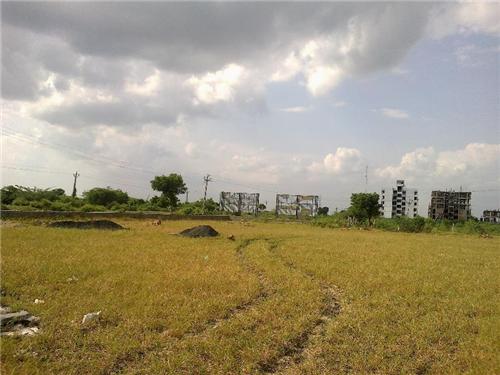 Location And Connectivity of Sanand

Sanand is a city in Gujarat that is very well linked with the other cities and with the other states of India. It is part of the Viramgam Special Investment Region located in Gujarat and is seventy kilometers away from the international airport.
The state highway 17 links Sanand to Kutch and Ahmedabad which also joins the National Highway 8 linking Sanand to various cultural, economic and industrial regions of the country. The Mundra port which is fully operational and fastest growing sea port in Southeast Asia is also well connected to Sanand. There is a railway network in Sanand that also connects the place to the other major industrial sectors that are located in Ahmedabad and Gujarat. 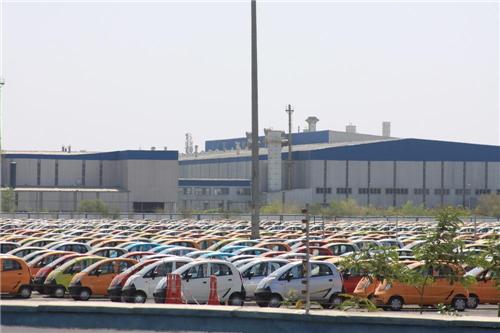 The capacity of the Sanand plant owned by Tata Motors is manufacturing twenty five thousand cars every year which can also expand upto 350, 000 cars every year. The provision for further expansions to be brought about in capacity is also incorporated within the location. The plant was built in the record time of fourteen months that started in November 2008. The Tata Motors plant is spread over an area of 725 acres and possesses some integrated facilities like Vendor Park that is spread over 375 acres which is generally considered for the housing of the manufacturers of Tata Nano.

The Sanand plant that is located in Gujarat uses world class production process for the manufacture of the passenger vehicles and has state-of-art equipment in its complete possession.
The equipments at Sanand plant include sophisticated robotics, motors that are energy–efficient, production lines that have great speed, modern systems to monitor and measure the carbon levels and drives of variable frequency. Other added facilities are tree plantations; water sourcing that is done through the recharging of ground water and water harvesting and at the same time the use of solar energy for the purpose of illumination. All these facilities together add towards making the Sanand plant sustainable.
In its starting phase the plant employed about 2400 people and it manufactured its first nanos in June 2010 from the Northcote cattle farm. The cost of manufacturing the first batch of Tata Nanos was about twenty milliard Indian Rupees.
The plant is said to generate a lot of job opportunities for the people of Sanand due to the set up of the main plant, the railway transportation and vendor facilities that are said to generate thousands of direct and indirect opportunities of jobs for the people of Sanand. The Sanand plant uses the land owned by the Agricultural University of Gujarat which is owned by the Gujarat Government.

With its emergence in the year 2008, the Tata Motors initiative in Sanand also started up with its community development actions in the entire area. These initiatives in the field of community development generally focused on twenty villages in a radius of twenty kilometers and the initiatives were aimed towards encompassing education, health, environment enhancement and employability.
The initiatives taken in the field of providing drinking water to ten thousand residents, sanitation to sixty thousand households and competency upgradation for the teachers of primary school have also turned out to be very successful. The area has developed to a considerable extent and is slowly transforming into a beehive that aims at inclusive growth. 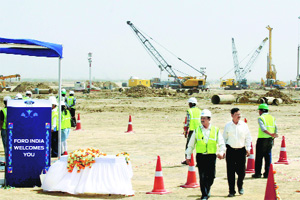 The Ford has also announced a certain deal on investing Rs 40 billion in building its plant at Sanand on 28th July 2011. This plant that belongs to Ford spread over 460 acres and possesses the capacity to manufacture 240,000 cars every year long with 270,000 engines every year.
The plant also looks forward to employ five thousand people directly while twenty five thousand people indirectly. Another six thousand people are said to be employed in ancillary engineering.
The plant is not only meant for the manufacture of car but it also operates in the form of a stamping plant, an engine plant, a paint shop for car body and a plant for final assembling of car parts. Gujarat was chosen over Tamil Nadu by Ford for the establishment of its plant because Tamil Nadu lacks its electricity supply surplus.

The Gujarat Government is chucking out various other new schemes that aim towards further development and growth of the Sanand area by way of improvising the living standards of the people.