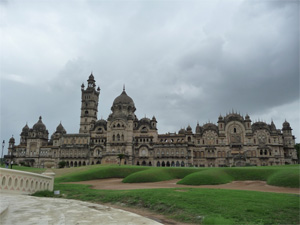 Ahmedabad, located on the banks of the river Sabarmati, is the largest city of Gujarat and seventh largest city of India. The city is sometimes called as Karnavati, a name for an older town that existed at the same site. Ahmedabad is a blend of a harmonious past and a vivacious present.
The city, owing to its rapid industrialization, is also referred to as the “Manchester of the East”. In spite of the high industrial growth, it has retained its past glory in the form of imposing architectural monuments built in Hindu and Islamic styles.

Ahmedabad was the capital of Gujarat from 1960 to 1970; later on the capital was shifted to Gandhinagar. The city held an important position in the Indian freedom movement as “Gandhiji” had started his non-cooperation movement against the British from here. He had established the Sabarmati Ashram on the outskirts of the city where he used to guide his followers.

Today, the city has become a paradise for industrialists. Its thriving textile industry has given it a separate position on the industrial map of the country. Institutes of international reputation like the Indian Institute of Management (IIM) are located here. Hence discovering such a brilliant city is truly overwhelming.

Ahmedabad has been the only city of India that has grown from its own terms relying upon its own resources. At present, the city is the administrative head quarter of Ahmedabad district. It has endless prospects in the fields of education, culture, industry, politics and many more aspects to choose from. So, when you are exploring or enjoying the city, it is essential to collect all these information which may help you to have a clear view about the city. Read more about Ahmedabad


Let’s explore the ‘city of Ahmed Shah’ with pleasant surprises…