Ahmedabad is situated in the state of Gujarat and it is popularly known as the commercial hub of India. The place is famous for its historical significance and various architectural monuments. Also, there are many museums and art-galleries in Ahmedabad. The crowd in Ahmedabad is also very lively. Ahmedabad is also the most developed city in Gujarat and cosmopolitan population lives here. Before Gandhinagar, Ahmedabad was the capital city of Gujarat. The Gujarat High court is located in Ahmedabad and hence, this city is the judicial capital of the state of Gujarat. Area wise, Ahmedabad is the 5th largest city in India. It is located on the bank of River Sabarmati. The city of Ahmedabad is directly connected to various Metropolitan cities such as Bombay, Calcutta, Delhi, Trivandrum, Madras and Varanasi.
Various parts of Ahmedabad are famous for their folk arts. The heritage of Ahmedabad is around 600 years old. Classical music is very popular in the city and there are many music institutions which provide training in classical music. The people in Ahmedabad are also very keen to learn music. The Saptak Sangeet Samaroh, a music festival which lasts for 13 long days, takes place in Ahmedabad every New Year, from 1st January to 13th January. This festival is organized every year by the Saptak School of Music. Hundreds of people attend this festival and take part in various music related activities. The established performers come on the stage and perform various shows. Also, emerging talents are featured in this festival. Not only classical music, folk music and semi-classical music is also given importance. 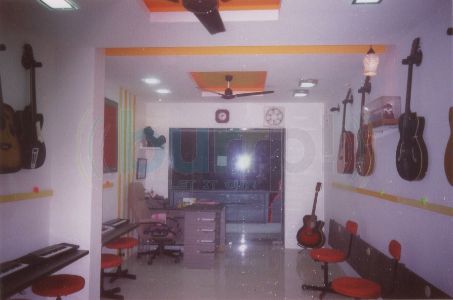 The most important music from in this festival is Thumri, which is a semi-classical music form. Vocalists and instrumentalists from various parts of the world are invited to perform.

Here's a list of some popular music classes in Ahmedabad along with their address: