Who doesn’t want to watch a movie in a movie hall? The answer is everyone. It’s a popular way of entertainment. Whenever people get time either on weekend, or during any festival, especially when a new movie is released, all the people like to go to the hall to watch the movie.
Even though, in the recent times there are CDs and DVDs of the movies available as well as you can download the movie and easily watch it in your home, it is something different to watch the movie in the cinema hall. A big screen, a bowl of popcorn and your gang of friends- it’s just a great time.
Here's a list of all the movie halls in Ahmedabad that keep the buzz on, all the time: 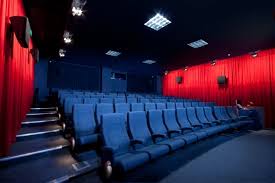 Here's a list of all the movie halls in Ahmedabad city along with their respective addresses and phone numbers: