Gujarat is a city known for its magnificent monuments of historic, cultural importance. One such monument located in the hot city is Moti Shahi Mahal. Moti Shahi Mahal is remembered as a hall of memory and heritage center in Ahmedabad. 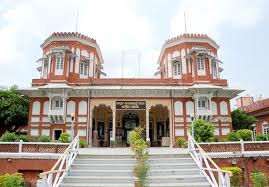 Moti Shahi Mahal is a unique palace constructed during the period of Mughal emperors. The mahal is constructed by Mughal Emperor Shah Jahan during 16th century, then governor of Gujarat. Moti Shahi Mahal, located on the banks of River Sabarmathi was constructed for twin purposes namely:
Unfortunately, the Mahal is not used for the purpose for which it was established. Because when Shah Jahan tried to enter the mahal through its main Gate, he found that the main gate does is small which does not allows his elephant to enter. Hence he left the palace and resided in his Bhadra Palace.

The Development in Moti Shahi Mahal

The Mahal Stood as an attraction point for many Mughal governors, commissioners and judges belonging to the British Raj. Of all, the most prominent person to stay at Moti Shahi Mahal is Rabindranath Tagore. He stayed along with his brother Satyendranath Tagore during 18th century.
Later, when Britishers controlled India; they made the Mahal as a place for government operations and established Ahmedabad as a cantonment area. During mid-nineteenth century, palace was declared as Official residence of Governor of Gujarat named after Raj Bhavan. Later during 1975, it was decided to change the palace in order to establish a memorial for Sardar Vallabhai Patel.

Moti Shahi Mahal also finds its own place in literary works of great poets and writers. James Duglas has mentioned about the mahal in his work, Western India meaning,
Shah Jahan’s taste and ideas has been well reflecting in the Palace. He equated Moti Shahi Mahal as bud and Taj mahal as fruit symbolizing Moti Shahi Mahal as a construction which stood as a starter for his Taj Mahal.
Nobel Prize winning poet, Rabindranath Tagore has also mentioned about the Mahal in his poems. He rightly quoted in his book, My Reminiscences meaning,
He used to live in the palace with some hornets sharing the room with him. He also added that he looks at the river when he walked on the terrace of the mahal. Significantly, he wrote his first poem while staying at the palace.

Moti Shahi Mahal is constructed with red, brown and white sandstone. The palace is a unique piece of construction, built in a Mughal Style with two hastions. The palace has nearly seven acres of garden comprising of rare species of plants. Of all, the mahal has a significant ceiling  which comprises of diamond shaped design. Moreover, the mahal houses the significant art gallery at the basement area.