The step wells of Gujarat are very famous because they bring forward the typical charm and glory of the earlier times. The beautiful step wells have contributed towards the popularity of Gujarat and it would not be incorrect to say that many people pay a visit to Gujarat, only to get one glimpse of these step wells.
The step wells are found in every town and village of Gujarat and they are also considered to be a significant destination for the travelers who appear to be weary and tired. Among the various step wells found in Gujarat, Mata Bhavani's Vav is one of the most popular places for the tourists. 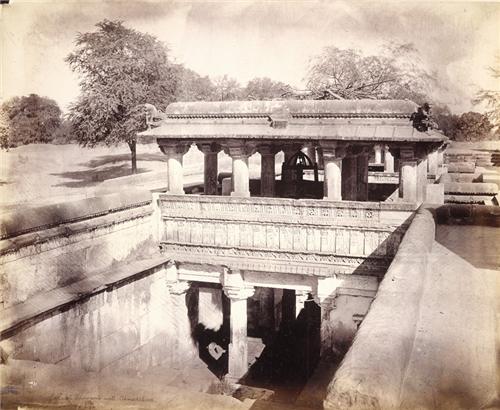 Mata Bhavani's Vav is situated in the center of the lively city of Ahmedabad and is supposed to be the earliest step well found in India. The well has got its name from the shrine of Bhavani Mata which attracts thousands of tourists from all over the world. It is a popular belief and historians have also come forward with the point that Mata Bhavani's Vav is closely related to the 11th century and Mata Bhavani’s temple was constructed some years later. 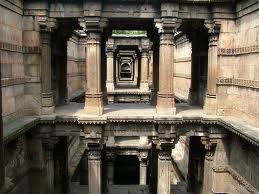 The well has been built in stair form because the level of water kept on changing according to the seasons. The step wells were built in Gujarat keeping a specific purpose in mind. These wells served utilitarian purposes and they were also used for the religious needs of several communities.
It is the use of the step wells in Gujarat that has made the Mata Bhavani's Vav, a sacred step well in Ahmedabad.
Mata Bhavani's Vav consists of a decoration of brackets, columns, panels and arches that have been designed intricately. It is because of this decoration that the well is considered to be unique. A step well with this kind of decoration is hard to find in any other part of Gujarat. People who visit Gujarat should make it a point to visit Mata Bhavani's Vav because this well is a brilliant piece of architecture and art that belongs to the bygone era.

The step well has worn out with passing time but still it remains to be one of the most attractive tourist destinations for the people all over the world. The well is located a very few kilometers away from the Ahmedabad railway station. People can also opt for a flight to the Sardar Vallabhbhai Patel airport and then hire a taxi to the well. The services of the tourist guides can also be taken in order to get the basic details about Mata Bhavani's Vav.

How to get there: Mata Bhavani's Vav is located in Asarwa Village, which is just 4kms. from Ahmedabad. You can go there by car or taxi.