Mandvi is a town that is located on the banks of River Rukmati which is located at Gulf of Kutch and is one kilometer away from Arabian Sea. Mandvi came into being in 1581 AD and it lies in the southwestern part of Bhuj. Mandvi was established by Rao Khengarji who was the first ruler among the Jadejas who ruled in Kutch.
Originally Mandvi was a town that was fortified consisting of a fort wall that was about 1.2 wide stone and 8m high. Mandvi is also a shipbuilding center that is 400 years old. It is also a busy port that consists of thousands of men constructing beauties of wood for the Arab merchants.
At present, Mandvi is very famous because of the fact that it deals in the production of country crafts that are very popular throughout the world. The climate of the place is also very pleasant the entire year and it is only because of this reason that Mandvi served as the summer retreat for the Maharaos of Kutch. 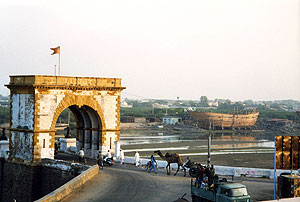 Mandvi was a rich town previously in the era of maritime trade and before the influx of the steamboats in India. Mandvi was able to earn large revenues in its exports in comparison to its imports. Mandvi was considered to be the center of making profit for the Kutch region as far as the wealth was concerned.
Mandvi was generally a town of seamen and merchants who benefitted from the trades of each other. Long back, in 18th century, Rao Godji was able to build and maintain an armada consisting of four hundred vessels that are meant to go into the oceans. One vessel among these four hundred also went to England and came back in 1760.
Later the merchants of Mandvi started their trade with Malabar, Persian Gulf and East Africa. In the 19th century, Mandvi served as a port for the carrying out of inland trade with Marwar, Sindh and Malwa. Mandvi acts as a very crucial trade center because it lies in between two trade routes that are very famous namely: Maritime spice trade route and Desert camel caravan route. At present, there are small boats constructed by the use of traditional technique by some expert carpenters in Mandvi.

Mandvi is a town that is considered to be very beautiful and it is only because of this reason that there are a number of tourist spots in Mandvi that are worth visiting. The main tourist spot in Mandvi is the famous palace named Vijay Vilas. 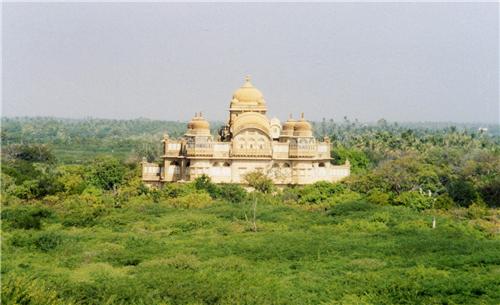 laid and comprise of marble fountains and water channels. The palace was designed and constructed in 1920 AD by the craftsmen and architect from Jaipur.
The palace has been designed largely on the designs of the Datia and Orchha palaces. There are some elements in the palace that contribute towards the beauty of the palace and make it worth visiting for the people.
The main elements that beautify the palace are centrally located high dome found on the pillars, the sides with Bengal domes, windows made of colored glass, jails made of carved stone, corners having domed bastions, stone carved elements and extended porch. The palace is truly an example of the expert traditional skil 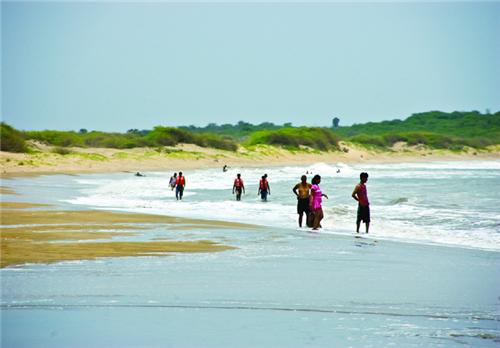 l possessed by the craftsmen in the 20th century.

There is a private beach in the palace and there is an eco-friendly method employed in maintaining the beach so that the natural beauty of the beach can be preserved for a very long time. At present, the producers of Hindi films use this palace as a setting for their scenes and this is also one main reason behind the popularity of the Vijay Vilas palace.

Apart from the palace, there are other beautiful houses throughout Mandvi that make up for a good visit. The houses were previously owned by the rich merchants of Mandvi and they consist of plaster decorations and stone carvings.
The architectural style used in these houses reflects the assimilation of European and India style and architecture. High school for girls is another famous building found in Mandvi which was originally a palace built by Rao Lakhpat and also the Light House.

At present, traveling by land and by air has become very easy because of trains, moving buses and even the airplanes. But in the 18th century, it was very hard to imagine traveling by land and air by the use of these conveyances.
In the 18th century people traveled on land making the use of bullock-carts and horses. Flying through air was completely impossible and the only medium to travel to long distances were the ships that people used for sea voyages. Nowadays, traveling in an open ocean has become an impossible scenario.

In the modern times, an individual can get a very clear idea about sea voyages and understand the way goods and people moved around the entire world in a ship. Mandvi is a town that serves as a principal port in India and has been doing so for a very long time even before the famous port of Mumbai came into being. One of the famous attractions of Mandvi is the shipbuilding yard were carpenters engage themselves in the construction of wooden the ships by hand.
The Tower of Wagers is another point where the wealthy ship-owners of the 18th century used to gather in the month of May for the scanning of the horizons and waiting their fleet return and even betting on the fleet that would arrive first. Another spot of visit in Mandvi is the Vijay Vilas that stands as a marvel of architecture showing global awareness in the architectural style mixture. 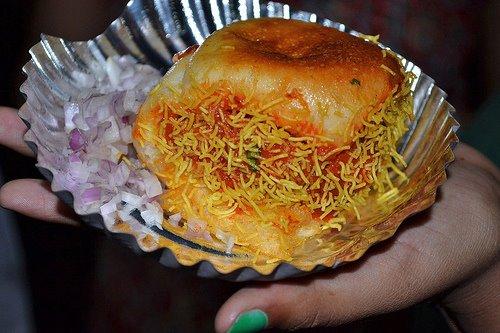 The 'double rotis' of Mandvi known as 'Dabeli' are also very famous and they can be tried out at any point of time. Apart from this, for the people who love to spend time alone, there are the beaches that are very clean and at the same time quiet giving an individual a chance to sit and enjoy Dabeli along with the salty breeze and even enjoy swimming in the waters of the Arabian Sea. While at the beaches, people can also have a nice view of migrant birds and flamingos.

Things to do in Mandvi

Among the famous things that can be done in Mandvi, there is nothing more than visiting the beaches and retreats that basically revolve around water. Beaches can be visited, the shipbuilding area can be explored and a walk can also be taken along the banks of River Rukmati. Apart from water, people visiting Mandvi can make it a point to explore the entire town on foot.
People can have a look at the assimilation of old architecture and European influence in the houses built during the 18th century. Windows made of stained glass and carved angles are very commonly found in all the houses built in Mandvi during the 18th century. Apart from the houses, there are many bazaars that sell different goods like tasty produce and bandhej textiles.

Mandvi is a town that was founded by Khengarji who was the Kutch King in 1574. Some for the things that can be done in Mandvi include visiting the famous places that were built in Mandvi during these years. Sundarwar temple is a temple worth visiting because it was the very first temple to be built in the town. Apart from this, Jama Masjid can also be visited which came into being in 1603 and the Lakshminarayan temple in 1607.
Other places that can be visited in Mandvi are the Rameshwar temple built in 1627 and the Kajivali Mosque built in 1608. All the above mentioned buildings were built in Mandvi during the first 50 years of its emergence and this denotes the importance of the town during that period. It was only after the rise of Mumbai as an important port for large ships that were not suitable for the port of Mandvi that the importance of Mandvi as a crucial port started fading.

Visiting the beaches is the first and the foremost thing done by people who visit Mandvi for the first time. The beach at Mandvi is very close to the t 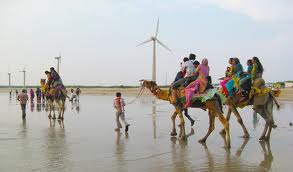 own and is also near the Kashi-Vishwanath Temple and it is only because of this reason that the beach is sometimes called the kasha-Vishwanath Beach.
There is also a beach named Wind Farm that is around 7 kilometers away from the town and is named so because of the windmills that have been lined near the beach for the production of electricity in the entire area. The beaches are good for swimming and enjoying the pleasant water and even the weather.
An individual can also look for some snacks and fresh coconuts that are very famous at the beaches.
There is also a private beach called Maharao’s beach that is found behind the palace named Vijay Vilas. This beach is 8 kilometers away from the town and there is a small fee required to visit this beach. The beach possesses white sand and lovely sights for swimming and even accommodation available in the form of tents at the seashore.


How to Reach Mandvi

The distance between Ahmedabad to Mandvi is 446 kms. It takes about 8 hours to reach Mandvi, on road. As there is no rail transport or air transport of its town, Mandvi can be reaches by reaching the nearest railway station and airport in Bhuj.