The metropolitan city of Ahmedabad in Gujarat was its former capital and happens to be the largest city of this state. Housing the Gujarat High Court, it is the Judicial capital of Gujarat and has been ranked third in the list of the fastest growing cities of the decade by Forbes. Situated on the banks of River Sabarmati, this metropolis is nick named as the ‘Manchester of the East’ because of its fast developing textile industry. 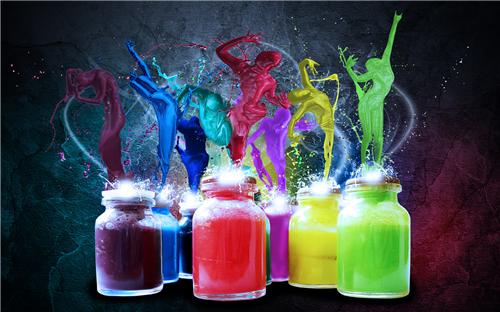 The cosmopolitan flavor of Ahmedabad is quite evident as people of various races and cultures reside amicably because of education and trade of the city. However, the ancient value system of the Gujarati community binds them strongly, keeping them grounded in their age old traditions and remain unaffected by the urbanization of the city.
This influences the people of Ahmedabad, making them simple and homely yet very energetic and enthusiastic about life. You will hardly find an Ahmedabadi having nothing to do as they are known to be occupied in something constructive always.

Zest and zeal define the people of Ahmedabad which is quite noticeable when comes the time for festivals. There is a flurry of activities all over the city when all and sundry are in the mood of celebrating and living every moment of the festival in exhilaration. People here are great shoppers because of which the city is dotted with many new shopping malls, displaying not only the ethnic and traditional Gujarati textiles but also the famous brands of international manufacturers.
Ahmedabad is also a place for sports. Named after Sardar Vallabhbhai Patel, is a cricket stadium which is famous all over the nation. Besides cricket, the Ahmedabadis are also fond of sports like field hockey, golf, badminton, tennis and squash.


Their Language and Love for Food

Gujarati is the official language of Ahmedabad though there are other dialects which also exist side by side. They are basically vegetarians and abstained from alcohol. Their cuisine consists of simple meals with cooked vegetables and  rotis (bread) being the main dish. They also have some traditional dishes which have a distinctive taste and are best made by the localites themselves. Amongst these the most popular ones are Thepla, Chevdoh, and Sev Mamra. These are dishes that are relished by the people all across the world.

Inclined towards spirituality, the people of this city practice and  also celebrate religious festivals with a lot of fervor. You will find many temples dedicated to the Hindu deities all over the city. They also have a bend towards intellectual pursuits and theater which owes a lot to Bhavai i.e musical performance of stage plays.

Ahmadabad  is greatly influenced by the old city of Ahmedabad which consisted of 360 pols. The word ‘pol’ refers to an enclosed area with homogenous groups of people living within it and it happens to be the best gauge or measurement of understanding the pattern of settlement in the state of Gujarat. These pols have vibrant names reflecting the essence of the Gujarati language and they spread the message of unity and harmony. Being the root of Gujarati culture and heritage, they strongly influence the urbanization of Ahmedabad.

The lifestyle of Ahmedabad is seasoned with warmth and prosperity and no wonder it is now counted amongst one of the best cities to settle in our country.