The state of Gujarat is known for its festivals and celebrations. One of the most important festivals celebrated in Gujarat is 'International Kite Festival' commonly known as Uttarayan. The term Uttarayan refers to the festival Makar Sankranti in Gujarat and is celebrated during 14th and 15th of January every year. According to the Hindu astronomy, Makar Sankranti is a mark for the change of winter to summer.
It denotes a day when sun returns to northern hemisphere and enters the zodiac of Makara (Capricorn). Basically, the festival Uttarayan symbolizes the awakening of Gods from deep sleep of six months. During this festival, people of Gujarat share the fun and pleasure by flying kites with friends and relatives. 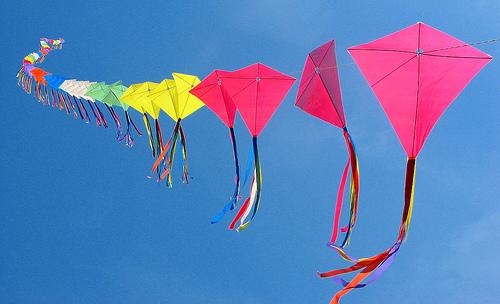 During the period of Nawabs, they employed trained kite fliers to achieve the above said purposes.

Slowly the art of flying kites attracted the subjects of Gujarat and they started celebrating Kite Festival irrespective of caste and religion. The First International Kite Festival was celebrated in the year 1989. Participants across the globe came to Gujarat and exhibited their lovely kites.
Though the Kite Festival has been celebrated in the entire state of Gujarat, Ahmedabad stands unique and excited in celebrating the festival with global participants. ‘Patang Bazaar’ located at the heart of Ahmedabad gets crowded with vendors and buyers of kites, a day before Uttarayan. The bazaar functions for 24 hours and it is the best evidence as why Ahmedabad stands as exciting Center for Kite Festival. 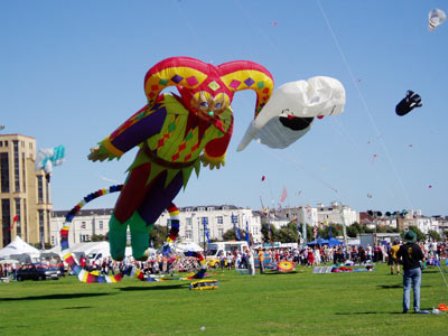 The Kite Festival is marked by a competition that is about flying high one's own kite and breaking the strings of co-participants' bringing them down on the ground. To win the competition, the kites are ordered to comprise:

Even though the festival seems to be competition among participants, it also acts as a mode of rejuvenating relationship. The competitors gather in the terrace of a common friend and enjoy with one another. The festival is also known for its special foods like laddoos, undhyus or surati jamuns distributed by friends and relatives.

In the end of the day, the participants will fly white kites and kites with lights and the kites’ glows in the darkness.

The Kite Festival of Gujarat has become international with the participation of people across the globe. Some of the international participants and their competing kites are:

During the year 2012, the Kite Festival was honored with the inauguration by Chief Minister Narendra Modi along with Dr. Kamla Beniwal, Governor of Gujarat at the banks of Sabarmati River. The Tourism Corporation of Gujarat tried to find a place in Guinness world records for participation of 42 countries in the festival.

During the year 2013, International Kite Festival attained 25th celebration year. The festive mood went up due to the participation of 50 international participants. More over 150 participants came across India. Some of the significant kites flown by participants were:

The significance of these kites lies in their ability to fly high overcoming all obstacles that come across.

The Kite Festival has become a major tourist attraction in India. The festival has assumed importance for the Global Investors Summit – THE VIBRANT GUJARAT being conducted since 2003. The summit was conducted during 2009 which concluded in January 13 attracted investment proposals for Rs.12 Lakh Crores to India. The said sum was estimated to create employment opportunities to over 25 Lakh unemployed people.

To conclude, the Kite Festival started as fun has taken a step forward to raise our economy to fly high.