The Kankaria lake in several ways has grown with the city of Ahmedabad, from a serene lake to a well designed entertainment zone today; the lake has come to live and be loved by the thousands of people who visit it each day.
The Kankaria, one of the biggest lakes in Ahmedabad and was built under the instructions of  Sultan Kutubuddin in mid 15th century. The lake was completely realized in 1451 and was initially named the "Hauj-e-Kutub”, and served as the private bath of the kings. The lake has a walkway that leads to an island in the centre of the lake called Nagina Wadi meaning a beautiful garden. 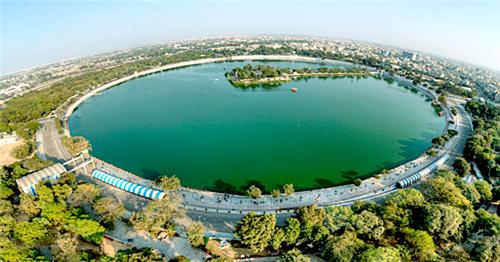 Kankaria Lake - A World Within a World

While at Kankaria, you have several options for you as well as the family. 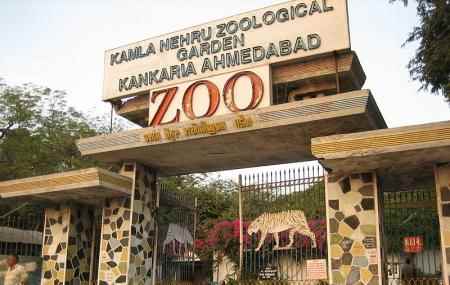 The Kamla Nehru Zoological Park, fondly referred to as the Kankaria zoo is one of the premier attractions. Pioneered by the late Padma Shri Rueben David in 1951, it spreads over 21 acres. This renowned zoo has a bevy of animals offering the visitors a wide view of the animal kingdom and boasts of rare species pythons, bearcats and wild asses. 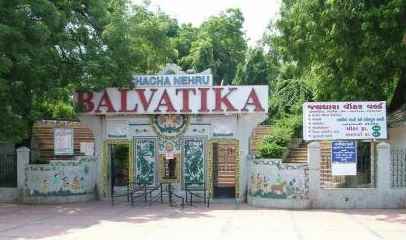 The Jawaharlal Nehru Balvatika (The Jawaharlal Nehru Children’s park) is also located in the Kankaria lake campus also houses a park specifically designed for children. The Balvatika has several amenities for the young kids like a boat house, a playroom, weapon displays, a mirror house, a toy house and a planetarium among other recreational options.

In the heart of the Kankaria lake is an island that houses the Nagina Wadi, we talked about earlier. The island also has a small summer palace. However the main attraction here is the musical fountain that draws crowds in large numbers each day.

The Kankaria Kids City is a contemporary space designed for kids and is spread over a sprawling 4240 square metre area housing an impressive number of activity centres (18 to be precise). The options here range from banks, fire stations, a science lab, a radio station, court rooms and a prison and a medical facility to name a few. The campus also hosts a theatre and a heritage gallery for the world renowned Bus Rapid Transit system (BRTS), An Information Technology centre and an ice-cream factory. 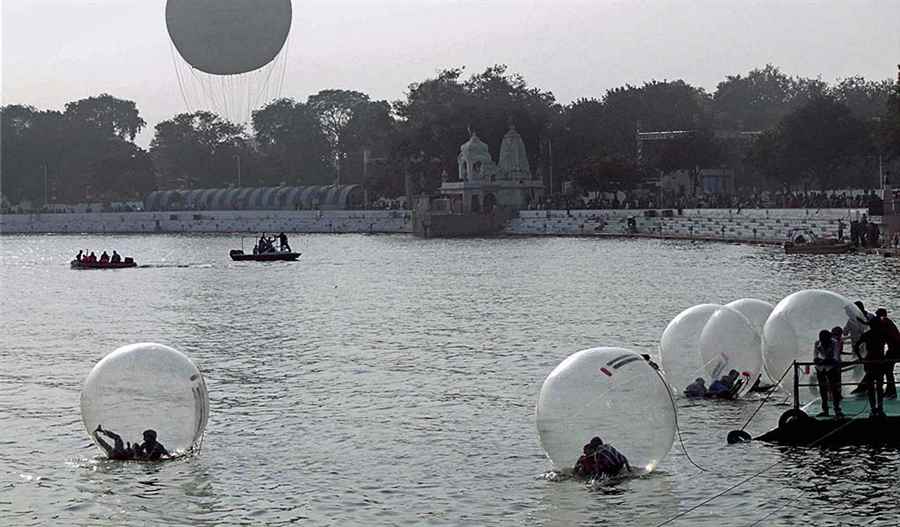 The Kankaria Balloon safari is called the Ahmedabad Eye. Introduced post the renovation of the lake premises, the tethered balloon complex is split into four parts. It houses a restaurant, the famous tethered balloon, a heritage exhibit and an exhibition that tells the story of the making of the Ahmedabad Eye. For your eating options there is always Skyz and Rainforest – the two restaurants in the complex.

The Gurjar Gaurav Gatha stone mural park is a must see when you’re visiting the Kankaria lake. The stone mural park is the largest of its kind in the country. The side walls have depictions of the history and the rise of Gujarat in pink sand-stone ; the walls have depictions of the History, rulers, freedom struggle, cultural heritage, art, literature etc apart from tributes to Mahatma Gandhi, Sardar Patel and Jhaverchand Meghani.

For history enthusiasts, on the One tree Hill embankment at Kankaria lie the tombs of the Dutch and Armenian colonizers, dating back to the  17th and 18th century when the Dutch East India Company was present in the state.

And that’s not all, you can always visit the Dadu Dayal temple, The Natural History Museum or the Aquarium, Jaldhara Water Park, boating and a small amusement park.  If you happen to be in Ahmedabad in the month of December you can see the Kankaria premises in full activity owing to the Kankaria Carnival.