A mystery with no answers, just spell binding architectural genius. 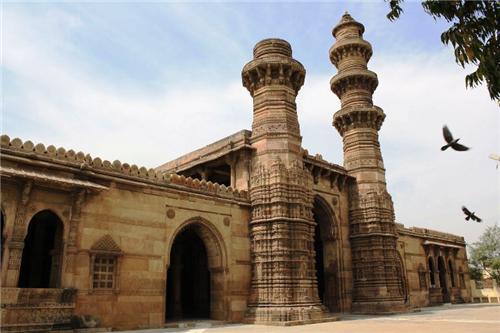 It is a mystery that has managed to intrigue several people over the hundreds of years of its existence. More popular as Jhulta Minaras, literally meaning the Shaking Minarets; Ahmedabad boasts of two sets of these architectural marvels. The first set of Jhulta Minaras are located in Sarangpur area, right opposite the Sarangpur Darwaja, while the other set is located very close to the Railway Station in the Kalupur area of the city.
What is fascinating and equally bewitching about the Jhulta Minarets is when one minaret is shaken, due to some unexplained mechanism the other minaret automatically starts to vibrate; what is even more surprising is that the portion that connects the two minarets has no signs of vibration.
Several architects, construction advisors and researchers have tried to decode and understand the cause of this vibration but have failed to get a satisfactory reasoning. The Sidi Bashir Mosque located in Sarangpur was constructed in the 15th Century by a minion of reigning king Sultan Ahmed Shah, Sidi Bashir. 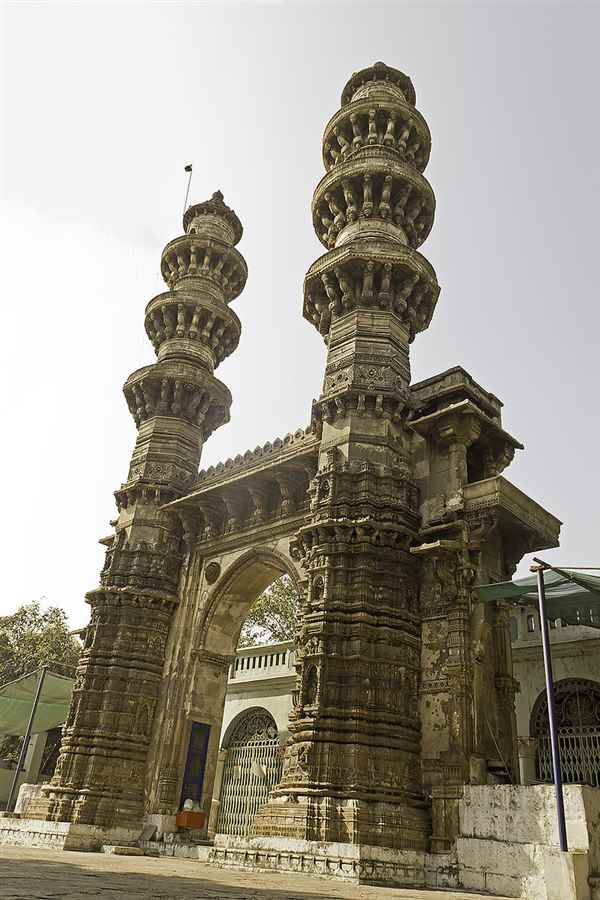 An alternate belief, as opposed to the fact that the monument was conceived and constructed by Sidi Bashir, is that the mosque was constructed by a noble named Malik Sarang. He was said to be a member of the court of the latter Sultan of Gujarat, Muhammed Begada.

This 1452 creation is a brilliant architectural piece standing three storeys tall and adorned with beautiful carved balconies and intricate detail work. Back in the day visitors were permitted to climb all the way up and get a feel of the monumental structure. The practice is now banned due to security and safety reasons, as well as to protect the structure from damage.

The second set of Shaking Minarets, that are located close to the main Railway Station are much taller in terms of height. The Minarets are open to viewing, but the demonstrations of the Minarets shaking have been completely stopped as these Minarets are highly unstable now and in a poor condition.
The Britishers are said to have taken them apart in a bid to study the mechanism and to understand the reasoning behind the vibrations; an attempt that is said to have miserably failed also damaging the monument permanently after they were done studying the monument. The Jhulta Minarets, in spite of being located so close to the railway station, has withstood the pressure and impact of the trains that pass the minaret from not too far away.

The Raj Bibi mosque in Ahmedabad was also said to have a functional set of shaking minarets. However, here too the British were said to have uprooted one of the minarets under the pretext of study the construction and the design. The pity being, they were unable to put the minaret back to its original position, making them lose their vibrations.