History is something with which we all do associate with. We feel proud of it in certain cases and in certain cases; it makes us question our own existence. Places having historic importance are always remembered for their history. India is one country with a rich historic legacy.
Cities known for their monuments are a proof of their historic legacy. A small part of this huge historic heritage is the city of Ahmedabad. 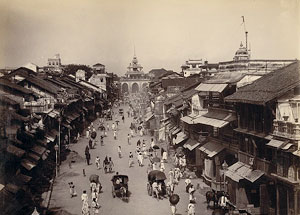 Ahmedabad was founded by its ruler Sultan Ahmed Shah in the year 1411. As per the legend, once while camping on the river Sabarmati, the Sultan saw a hare running after a dog. He was surprised by this sight and asked his spiritual guru for guidance.
The points given by the sage pertaining to the unique qualities of the land which made a meek hare chase a dangerous dog. The Sultan, who was looking for a place to build his capital city, decided to make Ahmedabad as the capital as he was extremely impressed by the explanation of the sage.

It was then that the Sultan invited the merchants and traders to his capital city and since then, it has turned into the most prosperous commercial hub of the state of Gujarat. As a result, Ahmedabad is known as the commercial capital of the state of Gujarat.
The Hindu and Jain traders have set up their base there right from the beginning and the Muslims acted as weavers for them since they were extremely skilled at it. The textile industry has now become the most prospering and flourishing industry of the city.

The city of Ahmedabad has the unique distinction of being the city ruled by almost every conqueror in India. Right from the Sultanate rule to the British era, they have been rulers of the city for some time or the other.

The sultanate rule began in Ahmedabad along with the state of Gujarat at the end of the thirteenth century. It was during the sultanate rule that Sultan Ahmed Shah decided to make Ahmedabad as the capital city of the sultanate empire in the year 1411.
In order to protect the city from outside invaders, Mehmud Begada, the grandson of Sultan Ahmed Shah decide to fortify the city with an outer city wall with a circumference of over six miles and consisting of 12 gates, 189 bastions and 6000 battlements.

Emperor Akbar conquered Ahmedabad in the year 1573. It was during the Mughal era that Ahmedabad prospered as a major commercial and trading center with its garments exported as far as Europe. Emperor Shahjahan also spent majority of his life in the city and built the Moti Shahi Baug here.
It was also during the later parts of the Mughal era that the position of Ahmedabad as a commercial center came under threat due to the rise of the city of Surat.

It was during the year 1753 that the Mughal rule in Ahmedabad came to an end as the families of Raghunath Rao and Damji Gaekwad captured the city of Ahmedabad.

However, the constant struggle for power between the families almost destroyed the entire city due to constant clashes. A famine in the year 1630 did no good to their reputation either. 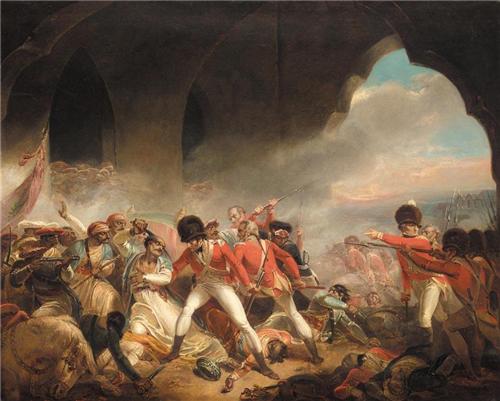 The city of Ahmedabad was taken over by the British East India Company in the year 1818. A municipal government was established in the year 1858 and a rail link was formed in the year 1864 between Mumbai and Ahmedabad. The Hindu and Jain community were the chief financial communities of the city and hence the role of the British was restricted only to administrative purposes.
Inspite of this, the western education was introduced in the city at a very late stage as compared to the remaining big cities of the country. There was no English newspaper in the city even towards the end of the 18th century.

Ahmedabad then became a major hub for the freedom struggle as the iconic ‘Dandi March’, led by the father of the nation Mahatma Gandhi, began from the Sabarmati Ashram, which was established by him on his return from South Africa.

It then became a part of the Bombay province after independence and a part of Gujarat in 1960 after it was carved out from the state of Maharashtra.


Today, it is one of the most developed and literate city of the state of Gujarat as well as of India. The textile industry still flourishes as it did then and it is also well known for its cuisine and tourist attractions.