Ahmedabad nestled near the bank of Sabarmati River, is the largest city in Gujarat. The population of the city is over forty eight lakhs and plays an important role in textile trade of India. The other names for this popular city situated in the western region of India are Amdavad and Karnavati.
This city celebrates its diversified vibrant culture thru various rich cultural festivals like Navaratri, Uttarayan (On 14 Jan 14 and is also known as Festival of Kites) and Rathyatra (Car Festival of Jagannath).
The best time to visit this city is during the winter seasons (November to February every year). The summers are moist and hot and the monsoons are heavy in nature. Ahmedabad busy bustling city is geared up to meet any exigencies when it arises thru its various divisions of emergency services. 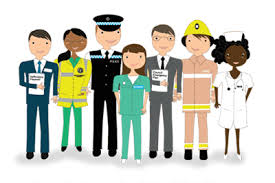 A city employs and maintains emergency services in order to safeguard the safety of the public and ensure that medical exigencies are addressed when they occur due to various events.
Most emergency services are there for specific purpose, while others are present to support the normal functions of a public organization and create awareness among the community. Once the general public is informed they would be in a position to inform the emergencies and aid would come quickly to combat the situation.

In Ahmedabad emergency service can be categorized into three basic groups which are:

The police service protects the community and people from crime and also monitors whether the rules and regulations are maintained by the general public and peace and harmony is maintained in the community. The police station numbers in Ahmedabad are: Read More

When there is fire exigency in the city of Ahmedabad the firefighters risk their life to save the life of the common people living in Gujarat. These trained fire service personnel are also used to provide emergency support for events which result from natural calamities. These fire service personnel are trained in their field and use the current technology and equipment to combat the situation. Read More
Other important numbers where fire emergency might occur due to LPG leakage or electric short circuit are:

When emergency incidents occur the healthcare infrastructure of the city is put to test. A medical emergency service comprises of several sectors which work together to help the city operates smoothly. These services consist of Ambulance services, emergency hospitals and blood banks.

Eye Banks and their Specialized Hospitals

During emergency services certain patients might face complication in the eyes and the eye banks and their specialized hospitals are present in Ahmedabad to provide relief.  Read More

Blood is a vital necessity in any emergency situation. The below blood banks in Ahmedabad provide the necessary supply of blood to keep the patients alive and healthy. Read More
In conclusion it may be added that the residents of Ahmedabad have also contributed as volunteers and helped to combat various emergency situations that have occurred in recent time. Also various components of the emergency service unite to perform their duties and help the city get back to normal life as fast as possible.

Ahmedabad with its efficient emergency services can handle exigencies of any magnitude with the cooperation of its residents.