Driving license is a license that is needed for driving a four wheeler of any kind in a particular area or city or state and even country. An individual needs to be a professional driver in order to hold a permanent license for driving. 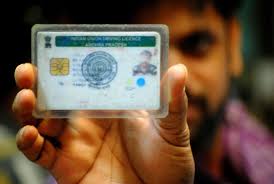 In India, people can get driving licenses’ very easily but it would be a great problem to get a driving license abroad because there are certain rules and regulations that are quite difficult to manage abroad. In India, a person who seeks a driving license needs to clear one practical and one written test that is considered to be enough for the attainment of permanent driving license.
But the situation is completely opposite abroad where an individual intending to get a driving license has to clear a number of tests and failing in the tests would require an individual to reappear again and again.
In India and in several states of India, the rules and regulations pertaining to traffic are not very strict in comparison to the western countries and it is only because of this reason that getting a driving license in India or in any state of India is not a big deal. There are many car drivers in India who are not completely aware of the traffic rules that they need to maintain but there are some important rules that are required to be followed in getting a driving license even in India.

General Rules for the License

There is a specific process that an individual needs to go through while trying to behold a driving licence and this process is the same in various parts of India. Gujarat is one of the largest states in India and Ahmedabad is a city that speaks of the culture and the beauty of Gujarat. Ahmedabad is famous for its industries and its people. Due to the emergence of a number of industries in Ahmedabad, the people over here are mainly businessmen who deal in various kinds of small and large businesses.
Every individual in Ahmedabad, barring a few, owns a four wheeler but it is not important that all of them would be aware of the traffic rules and would be able to drive safely. Such people also get a driving license in Ahmedabad because of the fact that the rules and the process of getting a driving license in Ahmedabad is not very strict and tough. The process of getting a driving license is the same throughout India and the same applies for Ahmedabad also.

Getting a Driving License in Ahmedabad

Advantages of the Online System of Appointment

There are many advantages of the online system that has been introduced for obtaining application forms for different kinds of driving license in Ahmedabad. The online system of downloading forms, filling them up and then submitting them is considered to be very advantageous for the people of Ahmedabad because it saves a lot of time and at the same time it also shuns the requirement of losing a lot of energy into waiting in queues for the application forms and their submission.
The waiting period is lessened to fifteen minutes at the office of the transport department for the issue of driving license. The new system that has been introduced has made it compulsory for people to go through an online registration for their vehicles and it is also considered to be very safe and secure for the people who possess their own vehicles.

India is fast developing and so is Ahmedabad and the other cities and states of India and therefore carrying out the process of issue of driving license online can serve to be very economical and at the same time very advantageous for the people.