Often it happens that in the quest of knowing about major cities, which we presume to be Mumbai, Delhi, Kolkata, Chennai, Bangalore and maybe a few others, small towns which are making rapid progress in terms of development, often get lost in the midst of this ‘big city’ chaos. Dholera is one such place located a few kilometers from the major city of Ahmedabad. 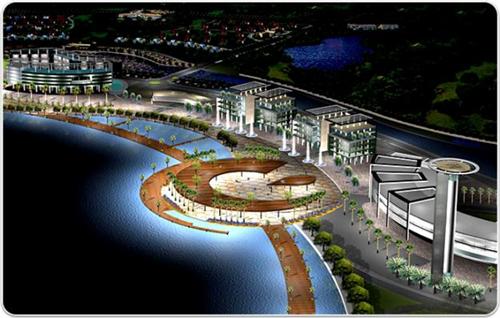 Being a part of the Ahmedabad district, Dholera is bound to be an important center for trade and commerce. It is a major port city in the Gulf of Khambat. The port of Dholera is an all weather commercial port which is being jointly developed by the JK and Adani group of companies. Another major reason for which Dholera is known for is that it is one of the six original temples built by the lord Swaminarayan. The Shri Swaminarayan Mandir, built in May 1826, is a place that attracts large footfalls every year.

In a landmark step which will be putting Dholera on the global map in a very short span of time is the creation of a Special Investment Region (SIR) in Dholera itself. Its proximity to Ahmedabad and other major cities has led to it being awarded this project. Spread over 920 Sq. Km and with a developable area of over 560 Sq. Km. the SIR will consist of City Center, Industrial Centers, Sports and Recreational Facilities, Knowledge and IT centers as well as Entertainment Zones. It will be provided with world – class infrastructure and high end connectivity via express highway and the metro rail. 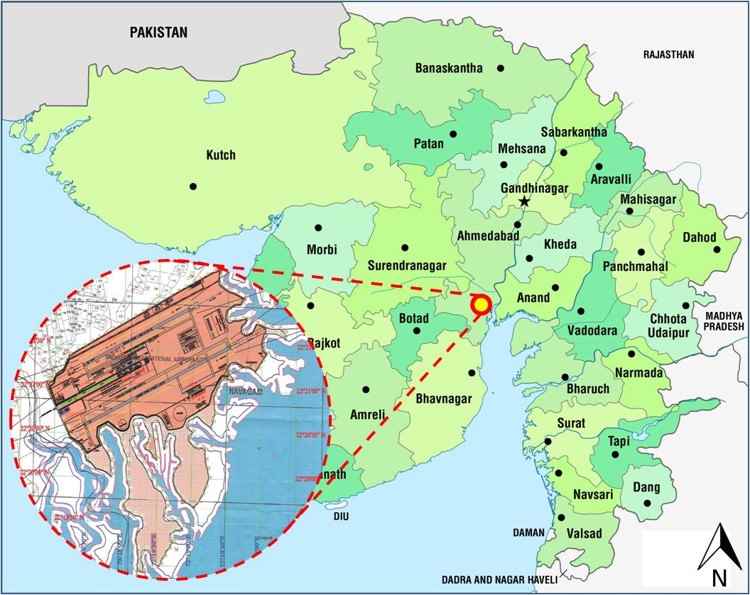 Dholera is well connected by roads. It falls on the National Highway – 8 which connects the cities of Mumbai and Ahmedabad. It is also a part of the 500 km long express highway between Mumbai – Vadodara and Ahmedabad as a part of the Golden Quadrilateral Project. The major languages spoken here are Gujarati, which is the official language as well as Hindi, which is the national language. 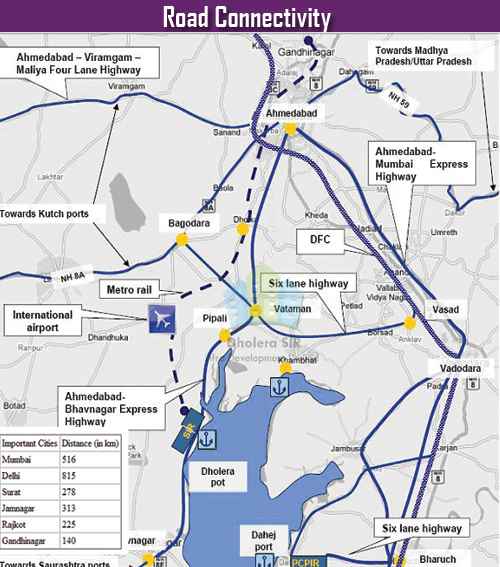 Freedom in Planning, Flexibity in Decisions, Autonomy in Decisions and an Empowered Mechanism for operations has turned Dholera into a self – governed global center for economic activities. Close to the finance city and petro chemical areas has made the Dholera SIR a winner already.

There are also plans to build a metro rail system and an international airport at the SIR for which the preliminary work has already begun. The government has enacted the legal framework in terms of the SIR Act, 2009 and work has begun in full swing.

Dholera is touted to be the next ‘Smart City’ of India as developed by the Delhi Mumbai Industrial Corridor Development Corporation (DMICDC). Similar cities are also being developed at Manesar in Haryana, Khushkera in Rajasthan and Shendra in Maharashtra.


How to get there

Currently Dholera has only road connectivity and railways are not prominent. The closest railway station to Dholera is the major town of Bhavnagar which lies at a distance of 40 km. However, Bhavnagar falls on the meter gauge but has good frequency of trains.

Overall, Dholera is an ideal mix of Business as well as spirituality. So when it comes to mixing business with pleasure, you know which is the place to visit!