The City museum located at the Sanskar Kendra, is considered as one of the premier stops as one visits Ahmedabad. It was institutionalized to nurture and nestle the values, ethos, esteem and desires of the city Ahmedabad. It is seen as an experience of Ahmedabad and its people. Built in April 1954, the museum was designed by the eminent architect of those times, Le Corbusier.

The City Museum - A love letter from the City of Ahmedabad
The museum is a fine depiction of the history, art, architecture and lifestyle of Ahmedabad. The museum presents a modernist design and was named the ‘Museum of Knowledge’ initially but later names ‘City Museum’, as it represents the city itself.

The museum is in Sanskar Kendra building which is an architectural marvel in itself, presenting the pilotis architecture will pillars on which it rests at the height of 3.4 metres. The building's exterior is made of plain bricks with exposed elements of raw concrete. The building is designed to protect it from the hot climate. The roof of the structure has several large basins originally meant to serve as planters. One enters to an open court with a large pool. There is a ramp that leads to the exhibition gallery. There is a clear direction of movement established throughout the museum, making it impossible for one to miss out even on a single display.

The City Museum is believed to be the first and the only city museum documenting the dimensions of a living city and its growing culture over time. The museum depicts various aspects documenting the history and displaying antiquity in the form of royal dictums, coins, written records, maps, engravings and pictures.

Displays at City Museum in Ahmedabad

The museum displays elements from the fields of industry and commerce that include power loom, certificates, cloth labels, photos and mementos. There is also an entire section dedicated to the independence struggle explained via rare photographs, event charts and map. Contemporary Arts also finds space in the form of Paintings, Sculptures, Lithographs; while Textile Crafts are represented with Brocade work, embroidery and block printing specimen amongst others. Photographic explorations through photo archives, ancient Camera models and Photo prints are also very interesting. 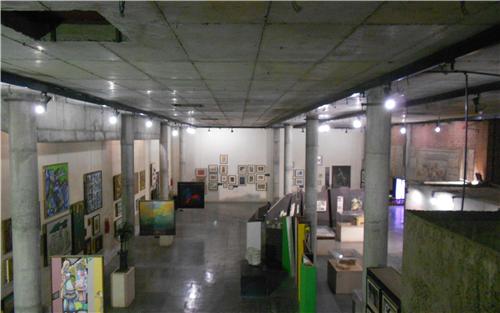 There is a section on display that is dedicated to only Gujarati Literature. What a beutiful representation through photographs and manuscripts. A peculiar feature is the showcase of communities and Culture, represented via elements of the Shaiva, Vaishnav, Swaminarayan, Jain, Sikh Parsi, Christian, Jew and Muslim faiths.
It is worth visiting the 600 years of a glorious city, in a span of 60 minutes at this one-of-a-kind museum.
While at the museum, do not miss out on the foundation stone of the Ellis bridge, one of the architechtural marvels of the city as well as the elements from the Pol, like the chabutaro- crucial to the culture of Ahmedabad.