Major cities in India, today have reached a saturation point in terms of development as well as accommodating new people who throng the cities in lakhs everyday to make it their abode. This has led to the concept of the development of satellite towns. Satellite towns are growing at a fast pace in every major city of the country today and Ahmedabad is no stranger to this concept. One such satellite town in Ahmedabad is that of Bopal. 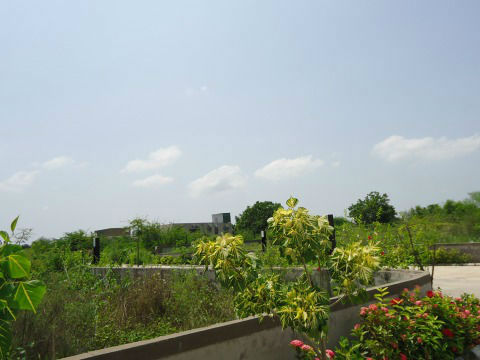 Bopal has experienced tremendous infrastructural development in the past five to seven years and it continues to develop at a rapid pace as well. Located 11 Kilometers from the main city of Ahmedabad, Bopal has every major amenity required for sustaining in the place; whether it be schools, colleges, banks, dispensaries, grocers and other major places. It is well connected by road as well as rail, with four railway stations being within its 10 km radius.

There are many good hotels in and around Bopal. They include budget hotels as well as 3 star hotels. Hotels like Hotel Gormoh, Hotel Roissy and Hotel Rajeshwari provide decent accommodation in Bopal. They fall into the budget bracket from Rs. 501 to Rs. 3000/- per head. If you are unable to get accommodation here there are plenty of hotels in the city of Ahmedabad which is just 11 kilometers away. The hotels in Ahmedabad include budget hotels as well as five star hotels.


People and Lifestyle in Bopal

Gujarati is the official language that is spoken here as well as used in all government transactions. However, Hindi is another major language which is also spoken by the people here. The navratri festival is a landmark festival that is celebrated not only in Bopal and Ahmedabad, but all over the state of Gujarat. The dance forms of Garba and Dandiya Ras are a rage in the city of Ahmedabad and it is another factor which makes the city and the state of Gujarat extremely famous.

Almost every major bank has their branches in Bopal. They include AXIS Bank, The Punjab National Bank, ICICI Bank, Bank of Baroda, and State Bank of India, Kalupur Bank, HDFC Bank and Dena Bank.

Bopal has a large number of temples, the most predominant of them being the Umiya Mata Temple. It also has a cardiac care hospital in the form of the State of the Art, Krishna Heart Center. The hospital also has residential areas in the vicinity.

Drainage which was a major problem in Bopal initially has now being sorted with the repair work of each and every pipeline in the areas nearby. Bopal is well connected by road as it is located close to National Highway 8 and the BRTS corridor is also being constructed which is nearing completion.

Bopal as a satellite town is growing in terms of infrastructure as well as commerce. It is well on course to become one of the major areas in Ahmedabad city!