A Day at Ahmedabad Railway Station

It was in June this year when we planned our vacation trip to Ahmedabad. The city gives lots of reasons to plan a trip with family or friends to catch its vibrant pulse. So there we were for an enjoyable family holiday! Though weather was more or less a spoilsport of sorts but we manage to find our golden moments of this trip at its wonderful locations. 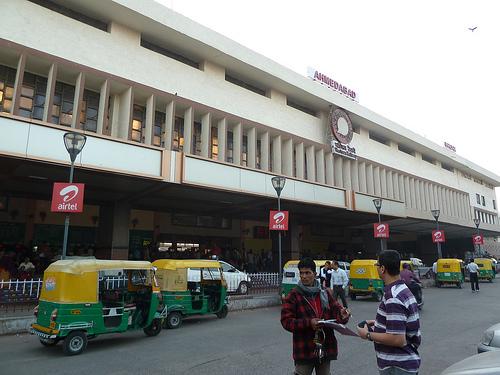 We made our inward journey via aerial route and we could have missed such a unique experience had we planned our return as well by flight but my father asked us to board the train this time. The experience at Ahmedabad Railway Station was one of the most amazing part of the Ahmedabad trip.

We had our reservations on Swarna Jayanti Rajdhani Express to get back home(Delhi). The train had scheduled departure at 5:45 PM but we arrived with our baggage quite early to avoid any delay in catching up our train. We reached Kalupur locally, at around 2 O’clock in afternoon. 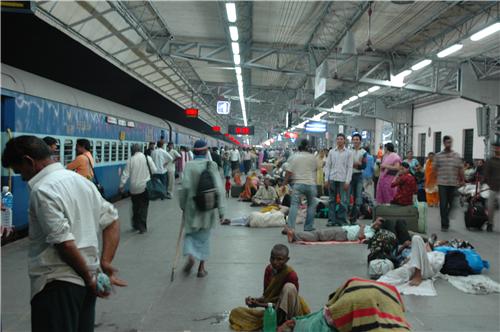 Though the city has bevy of railway stations, yet this is the main terminus from where the major trains like Rajdhani Express run. No announcements were being made for the train by the time we reached there. So we were more relaxed to explore it completely without worrying about the platform to which we may have to hurry.

In a group of 6-7 members, generally, the best thing is that you can enjoy this company just anywhere. And hence, we were having ball of a time at Ahmedabad Railway Station. First of all, I decided to have a leisurely walk on the platform with my son who insisted on buying some comics for fleeting the time of journey. 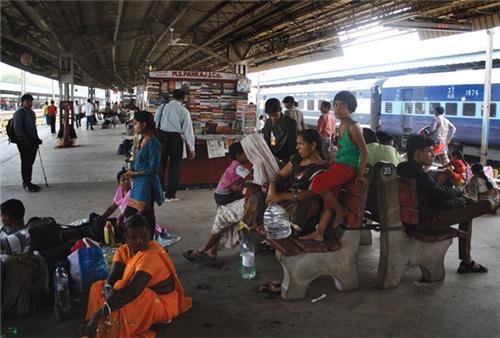 It was quite interesting walk while we noticed the vendors trying to allure customers in their typical Gujarati accent. We easily found the book stall from where my son grabbed the quota of whole of month for the sake of variety.
The stall also had good collection of Gujarati literature. A passing thought entered my mind to pick one for honing my skills in the language in case we visit Ahmedabad again soon. But being a passing thought, it just passed away. 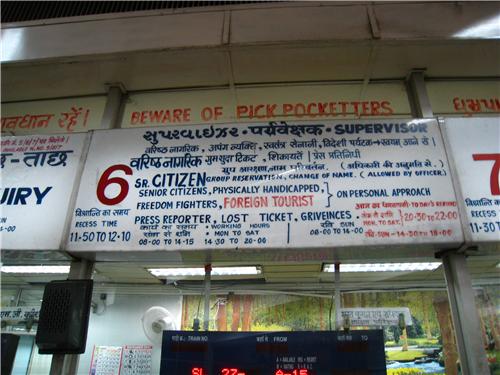 We again took to walk around the platform to click some more interesting snaps for our itinerary when we came across local passengers lazing on the platform waiting for their trains to come. Without any grumble, they were just chatting and passing time as if it was a part of their daily life to wait for hours for their trains to come. And we got impatient in 5 minutes! A lesson learnt here was to have patience and wait for the best time. 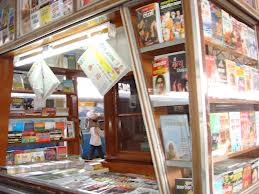 What really impressed me about this station was its contemporary amenities that included Tata Indicom cyber café to have your daily dose of internet surfing while on go at a railway station. However, we prefer to make use of our smart phones for that reason. There are also two way escalators for the convenience of travelers to carry their loads comfortably. Marvelous!

Next, we were amazed to see the ATMs (not ATM), installed at the platforms for easy cash while travelling. Since we were also running a little short on money due to shopping spree in this shopper’s paradise, we checked into ICICI Bank ATM to draw cash.

Since we checked out from our hotel quite early, the whole group started getting some hunger pangs after spending one hour or so on the station. So it was time to delve into eating options that this modern station had to offer. There were stalls offering local cuisines including tantalizing bhajias, small samosas, dal vadas, bhel, et al. But we controlled the allure and thought of something more fulsome and hygienic.

The next option available was Comesum, the eatery chain we also have at Old Delhi station and another restaurant named as Fresh Yes. 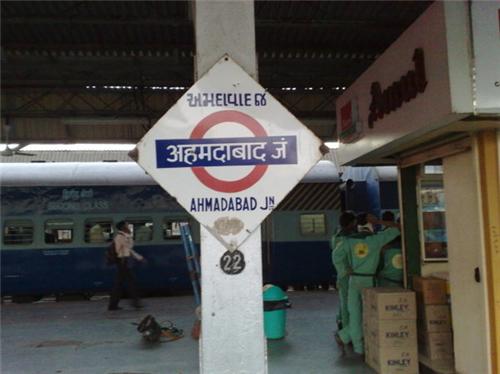 After brief rounds of discussions, we decided to grab the food at Fresh Yes which was at platform 6 since we found better reviews for the same. We ordered for their Deluxe Thali that was quite economical as well at Rs. 120 per head. The food was good and tasty enough to pacify our hunger and fit into our appetite as well.

After food, it was time to wait. We were inclined to enjoy every bit of our trip in the city. So we hanged on with gossips and sharing experiences in Ahmedabad. Sooner we were joined by a family which was incidentally travelling in the same train. It is always good to find such friends during the journey. 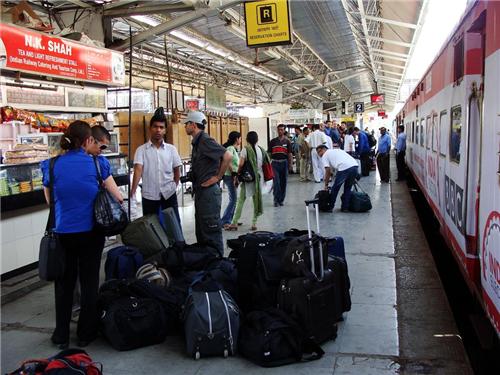 When the topic of discussion rested on Ahmedabad Railway Station, we unanimously voted it to be an excellent station with loads of facilities. What impressed me most was the luggage trolley that you mostly find at airports. It makes carrying our luggage, with tonnes of weight, easy at quite meager rates (yes, it costs just Rs. 5 per luggage).

We didn’t realize how that wait ended when we heard the announcements for Rajdhani Express to be arriving in 20 minutes. The time from here passes like the climax of a Hollywood movie. Rushing, grabbing the belongings, and looking at the position of coach to be there on exact time. 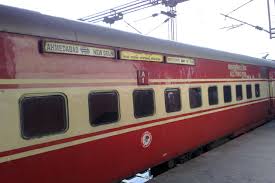 Amid this rush hour, our train whistled to us and we had a sigh of relief, finally! We hurriedly settled on our berths and got the luggage stacked properly to peak out of windows and bid adieu to the inimitable hospitality of the walled city, Ahmedabad!